Study results indicate that 3rd graders taught with the Let Me Learn Process® in their classroom had higher test scores than those in a general education classroom; one year of LML instruction is better than none.

Bullock Elementary School, part of the Glassboro School District in New Jersey, participated in a study that assessed how general education students with two, one, or zero years of LML instruction scored on the New Jersey Assessment of Skills and Knowledge (NJASK) Language Arts Literacy (LAL) test. The Becoming a Learning Detective skills book was used with 3rd grade students to reveal each learner’s interactive learning processes and provide a learning profile to help teachers work with students to increase and focus the use of their learning processes and learn more effectively.

The report involves three case studies to determine the effect of LML on elementary school students. 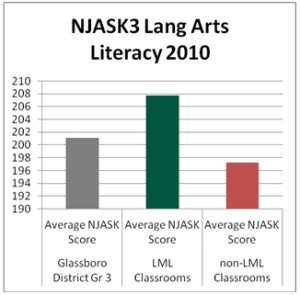 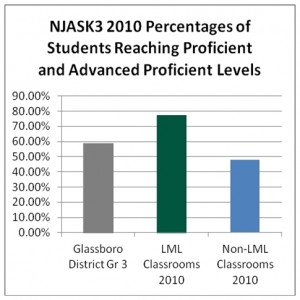 The second case study compared 4th graders (2010-2011) who had used the LML Process® the year before (in 3rd grade, 2009-2010) to 4th graders who had had no LML instruction in any grade. The average score dropped for both groups (following a statewide trend), but only by 4.72 points for those who used LML the year before, compared to 5.61 points for those who had not. The number of LML students scoring in the proficient or advanced proficient range dropped to 65%—still significantly higher than with non-LML students, who stayed at 48%. 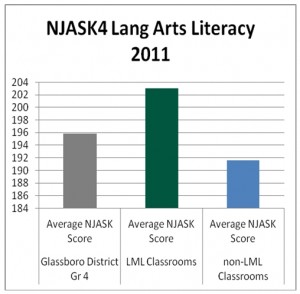 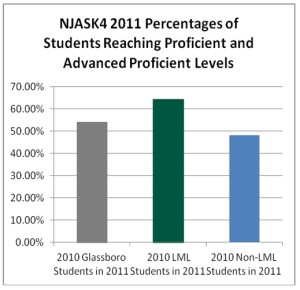 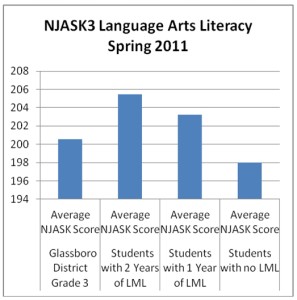 The data demonstrate students instructed with the LML Process® scored higher on the LAL portion of the NJASK in both writing and reading than students who were not exposed to LML as part of classroom instruction. This suggests that LML can equip students to understand themselves as learners and use that awareness to perform better on high stakes tests.

This study has clear implications for the district and its instructional plan. First, the data provide evidence showing the difference in student performance on NJASK LAL scores. The difference suggests that all 3rd grade students would benefit from knowing and using the LML Process®. The data also suggests that students would benefit from continued instruction through the LML Process®—LML gives students the opportunity to better understand their learning processes and to use that understanding to improve their academic performance.

This site uses Akismet to reduce spam. Learn how your comment data is processed.