Chrstine Johnston developed ‘Let Me Learn’ to help teachers and children understand how they learn — and how they can learn better.

Lorna McGeorge remembers being in third grade — and being miserable.

“I couldn’t understand why I had a harder time learning some things than other students did,” she said. She decided to become a teacher “so I could make it easier for children to learn.”

Now a fourth-grade teacher at the Mary Shoemaker school in Woodstown, Salem County, McGeorge said she’s found a program that operates using the assumption that not everyone learns in the same way.

It sounds obvious. Give students a choice, and some will write a report, while others will build a model. Some students like to work in groups, others are loners. There are the perfectionists and the independent thinkers.

What Johnston’s program does is give names to those learners, which can help both teachers and students improve.

“Good teachers intuitively do this,” Johnston said. “Now they have a way to talk about it with each other and students.”

Johnston said education rarely considers students as active participants in the learning process. Teachers create lesson plans based on curriculum and feed them to the students.

But think of learning as a meal. The oldest child carefully eats a little of each food at a time. The middle child mashes everything into one pile and shovels it in his mouth. The youngest won’t touch peas, but will eat salad. All are nourished, but in their own ways.

Johnston said she believes learning can be the same. The teacher still defines the lesson to be learned, but recognizes that each child may go about learning it in a different way.

“This process not only brings the students in as active learners, but also makes them responsible for their learning,” she said.

No broken children
The problem with most education systems, Johnston said, is they often label as failures students who don’t fit in the established model.

“We have to get away from thinking of children who do things differently as being broken,” she said.

Schools in Cumberland, Camden and Salem counties are among 26 in the U.S. that have implemented the program.

An article in Educational Leadership magazine set Johnston’s e-mail humming. She recently returned from Malta, where she helped establish a program. She’s heard from school officials in Akron, Ohio, England and Africa, and from a teacher at a prison in Arizona.

“Schools don’t have to change their curriculum or buy lots of new stuff,” Johnston said. Training is offered at Rowan and in schools.

The written student questionnaire, called a Learning Connections Inventory, or LCI, is usually given no earlier than third grade, but last year the Shoemaker School tested it verbally on first-graders.

“I can tell a lot just by watching (the students),” Jane Johnston, Christine’s daughter, said of her first-graders. “But you really don’t know them until you do the LCI.”

Learners are divided into four patterns: sequential, precise, technical and confluent. But Johnston stresses there is no best pattern and everyone is a combination of the four.

“The process defines how you go about learning something,” she said. Most people have a dominant pattern but also use the others.

The LCI has also been effective with at-risk and special-education students.

“We had a study that showed almost every child who tested very high in technical and low in precise learning was classified as below grade level,” Johnston said. “But some companies, like DuPont, want people who learn in a technical way. We need to encourage it.”

Let Me Learn actually began as an adult diagnostic tool. A professor of educational leadership at Rowan, Christine Johnston in 1992 began studying leadership in schools. She realized that all of the responsibility was on one person — the principal.

She researched business and other models to develop ways to build effective leadership teams within schools.

Then she started to wonder why the same couldn’t be done in the classroom. She developed the LCI for students and “Let Me Learn” began.

Making it work
Pam Halter has seen the program’s benefits as a parent and a teacher. Her 12-year-old son’s class used it in Alloway Township, and Halter was impressed with the results.

“He’s very technical and likes to work alone,” Halter said. “He’s a good student, but he doesn’t plan. Now he knows he needs to work on that, and he knows who in his class can help him.”

Halter said knowing her own patterns helps her adapt to her students’ needs.

“The students learn the differences in the teachers, too,” she said. “They can verbalize what I need to do to help them.”

Last year Halter started to write numbered directions on the board so her students had a daily plan to follow.

“I would give instructions, but they would keep coming up asking me what to do next,” Halter said. “I thought they weren’t paying attention. But they just needed an organized plan to follow.”

Suzanne Youngblood recently gave her eighth-graders in Hopewell Township the LCI. The hardest part was convincing them it wasn’t a test, and there was no “best” pattern.

She said she’s been amazed at how accurate it is.

“We did a cooking project,” she said. “The sequential students immediately read the directions first. The precise students measured everything perfectly. The confluent students threw everything into the bowl.”

Youngblood’s class is part of a Hofstra University doctoral study on the program. She’s working on strategies to help the students pass the state eighth-grade test.

Johnston warns that the patterns are not excuses. There’s no “I couldn’t pass the test because I’m too confluent” available as a way out.

But the patterns may shed light on why even a bright student doesn’t test well and what can be done about it.

“Teachers need to be aware of those issues to help students prepare,” Johnston said. “There are strategies students can learn to help them stay focused.”

The Shoemaker school teachers explained Let Me Learn to parents at the annual open house, and may go into more detail if a child needs extra attention. They may even give the LCI to the parents.

“Sometimes a light really goes on with the parents,” McGeorge said. “The child may be the opposite of the parent.”

Johnston said Let Me Learn isn’t so much a program as a service — the mortar in the foundation of a child’s education.

“I tell my students they have all four patterns,” Youngblood said. “Some are stronger than others, but they should learn to use them all. You may not be a precise learner, but you’ll still need to balance your checkbook.”

Reprinted with permission from the South Jersey Publishing Co.

Copyright (©) 1998 South Jersey Publishing Co.
You may not redistribute or republish any of this material — in part, or whole — in any form without prior written consent. 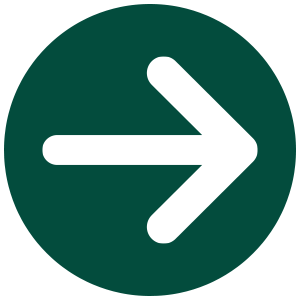